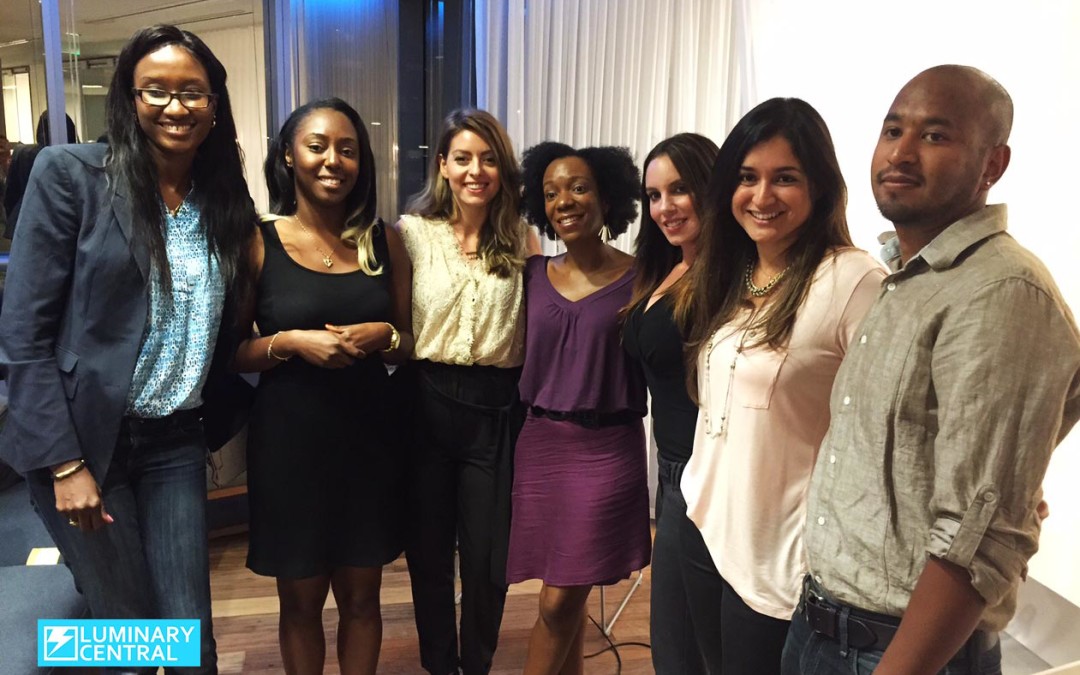 The conversation was fluid and directed by Christine with various pointed questions. Some of the responses are highlighted below:

Have you ever experienced an unconcious bias as a woman in the startup world?

Birame responded with an experience she had when sitting in the office of a VC in Boston. “I was sitting in the office waiting for my appointment. The door was open while we were waiting. The guy I was meeting walks by and looks in. Walks by again, and looks in. Walks by a third time and says “You’re my meeting?”. After I said yes he said “Well I have a hard stop in 10 minutes, what’s your business plan?” Two hours later he called his assistant to cancel his lunch meeting to continue our conversation.”

Are there moments when you under estimate yourself?

Dawn replied with “We all experience it, but I’ve realized it’s all in how you talk to yourself. Now I force myself to look in the mirror and say “You’re the champ” repeatedly.”

How do you overcome fear or other inner struggles?

Tamar stated “I’ve learned you just have to call it for what it is. If you’re upset, just say you’re upset. I have to own my feelings and let them out and then move onto the next thing.”

There were many other impactful moments and lessons shared by these three great founders. The insight they shared with the audience was relatable, actionable, and inspiring. Numerous audience members stated how valuable they found the experience and the actionable advice they were going to implement immediately.

We are looking forward to the next session in the series of conversations with innovative women.

For those that were not able to attend, you can watch the entire session below: